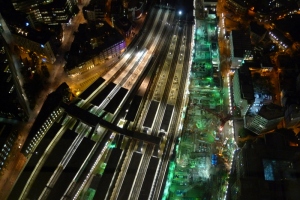 Up The Shard Friday night. About 8:15pm. Well trained and enthusiastic staff shepherded us into one lift and then another. Then out and up a flight of stairs and we’re in a roofless area with high glass walls looking out over London. Very impressive. In the centre The Shard continued up. Great views, possibly due to the height and the walls being made of glass. St. Paul’s Cathedral, London Bridge station with the black shadow of the railway snaking it’s way back to Brighton. London Bridge itself and Tower Bridge with Canary bloody Wharf in the background.

Then on to The Oxo Tower for dinner in the Brasserie. Again, very good. The same ernest young urbanauts shepherded us to a table. Modern London, Fashionable London. Smart and casual. The city as an amusement park. Hard work and commerce will redeem us. Am reminded of Seize The Day by Saul Below: “…the great, great crowd, the inexhaustible current of millions of every race and kind pouring out, pressing round, of every race and genius, possessors of every human secret, antique and future, in every face the refinement of one particular motive or essence – I labor, I spend, I strive, I design, I love, I cling, I uphold, I give way, I envy, I long, I scorn, I die, I hide, I want. Faster, much faster than any man could make the tally….”. That passage has been rattling around my brain for years and now, finally, it has fallen out. Mr. Below was speaking of New York of course but, to my mind, London is becoming more and more like New York.

Great views and excellent food. If I had a criticism it would only be that, in the fairly cramped conditions, the waiters were too interventionist, insisting on pouring the beer and placing everyone’s glasses. Call me curmudgeonly but I prefer serving staff to keep a low profile and would rather pour my own beer if it meant the bloke with the large tray standing in my way would bugger off. But this is modern London where service is king and while a bloke banged about on a piano the room was full of lively conversation.

Then, sadly surprised that I am now a provincial visitor, I glanced at my phone and realised it was time to head home to avoid the nightmare that is the interminable early hours train down that dark shadowy path south. Short walk to the fantastic new Blackfriars station which they have extended out over Blackfriars Bridge. I tell, you, I am coming around to this design and commerce doctrine.  What a fantastic idea! So bloody obvious that it takes someone very clever to suggest it.

Of course by the time I reached East Croydon to change trains the effect of the past 20 years had evaporated and we were back in the ’80s. Cancelled trains, flicking fluorescent lights and a closed cafe. Endless waiting while an irritated and irritating railwayman stomped around trying to ignore everyone. A young girl lay prone on the platform. We picked her up and trundled her to a chair in the waiting room where she slowly came back to life,  then abruptly stood, walked back outside and vomited. Ah, London, you can’t beat it. 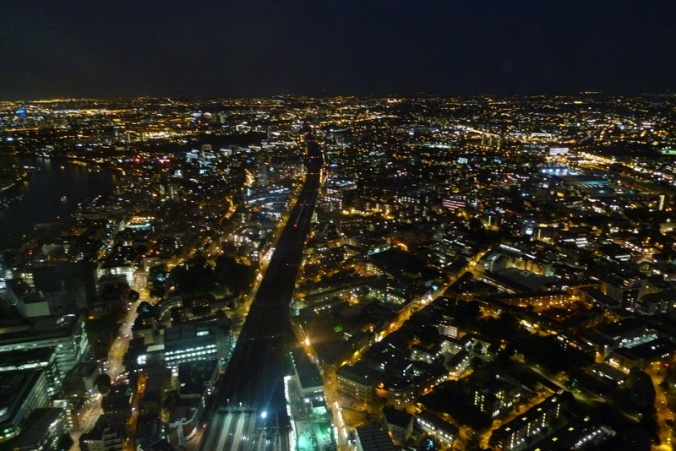 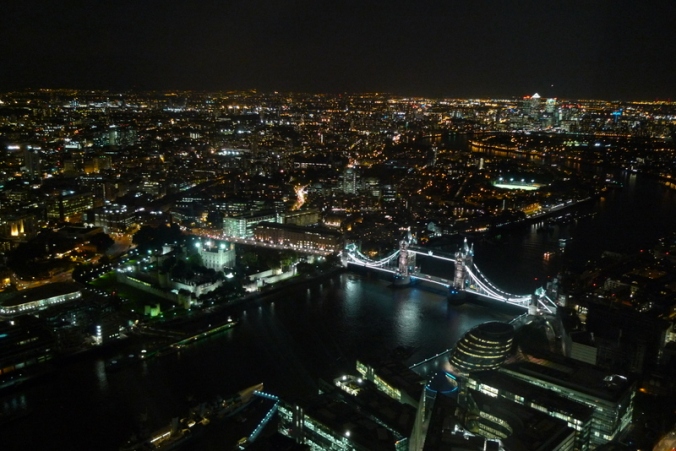 2 thoughts on “The Shard, The Oxo Tower & the ernest young urbanauts”