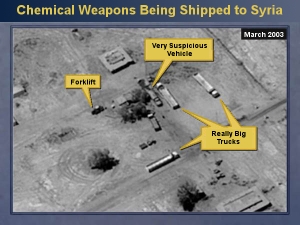 WMD or a new Tesco?

Stupid people run our lives. This was made obvious back in February 2013 when the footballer Paul Elliott resigned his posts at the Football Association as well as trusteeship of the anti-racism campaign group Kick It Out because he used the word “nigger” in a text message argument with another black football player.

Elliott has received the CBE for services to equality and diversity in football and is quite obviously not a racist yet he was forced to resign by the witch hunt mentality that prevails in British public life.

The reason that we oppose racism is that it causes harm to people. We’re not against racism when an American is deemed friendly, a German efficient or an Englishman polite. We’re against it when certain groups are discriminated against. When they lose out to other groups when applying for work or are unjustly hassled by the police. Of course we should avoid using racially derogative terms when referring to people but the single use of such a word should not be a litmus test of racism.

Public life is dominated by people so lacking in judgment that they rely on idiotic rules and this is the way with much of 21st Century life. This same knee jerk mentality seems now to be pushing the United States into another war. President Obama has previously said that the use of chemical weapons by Syria would be a “red line” that could trigger U.S. reaction. Today, the United States Secretary of Defence, Chuck Hagel, put out a statement saying that “that the U.S. intelligence community assesses with some degree of varying confidence that the Syrian regime has used chemical weapons on a small scale in Syria, specifically the chemical agent sarin.” –  the talk now is of whether Syria has crossed that red line.

HANG ON A MINUTE! – Statements put out by government departments are always very very carefully worded and this statement reeks of indecision – “WITH SOME DEGREE OF VARYING CONFIDENCE”???!!!!!…..They’re TALKING BOLLOCKS!

Obviously the statement has been constructed under pressure and the authors have made damn sure they express themselves in terms which commit themselves to precisely nothing. It’s interesting to speculate on how the story originated. A brief perusal of the web reveals that a vague article in the London Times on 13th April 2013 stated “Forensic evidence of chemical weapons use in Syria has been found for the first time in a soil sample smuggled out of the country in a secret British operation. Defence sources, who declined to be named, said yesterday that conclusive proof that “some kind of chemical weapon” had been fired in Syria had been established by scientists at the Ministry of Defence’s chemical and biological research establishment at Porton Down in Wiltshire.”

So we have a story from an unnamed source that some soil in Syria may be contaminated by some unspecified chemical weapon. The Times is a News International rag and, for Rupert Murdoch, this constitutes hard news.

First we should question whether this story and the subsequent statement by Mr. Hagel have any merit at all. If the British government do have contaminated soil from Syria then let them say so; it’s worth investigating. But rather than setting trip wires that commit Americans to combat and potentially death let’s think this through.

Why do we abhor Weapons of Mass Destruction? It’s not because they kill people, many weapons do that. It’s because they kill masses of people. Hydrogen bombs are an obvious example but gas attacks are another. So if we are looking for evidence of the use of WMD we should be looking for far far more than traces of some bloody substance in a plastic tub of questionable providence. We should be looking for masses of dead people. If Assad is using Sarin to run his lawn mower we should not give a toss. If he’s exterminating thousands with pick axe handles we should sit up and take notice. We should consider the crime not the mechanism used to commit the crime.

Like the absurdity of discerning racism by a single casual word the existence of a few grams of chemical is not a defining piece of evidence. The West has a history of intervening in the Middle East and all interventions are couched in altruistic arguments designed to placate the electorate but fundamentality all interventions have been for the benefit of Western countries.

The decision of whether to intervene in Syria is a difficult one but the United States should resist being bounced into another war by idiots and war mongers.

Margaret Thatcher died on 8th April 2013 and this has caused quite a stir. Many people look back at her premiership with rose tinted spectacles while others roundly condemn her for ruining British industry, causing mass unemployment and generally creating hell on Earth. On TV everyone has something to say. Ken Livingston said that Britain was in trouble because we had lost our manufacturing base whereas Germany had retained theirs and were doing very well. Sounds reasonable until one considers that France and Italy held on to their manufacturing base and are in a worse state than the UK.

Most Labour MPs condemn the life and works of Mrs. T. but I wonder how things would be if she had died in 2006 with Labour doggedly following her policies toward new heights of hyper-commercialism. The gravy train still rolling. One can only guess at the sycophantic eulogising of Blair and Balls. Of course 2006 may have been too early to judge as the full effects of her policies had not been played out but one could argue that in 2013.

Broadly the argument is that rising prosperity for some was at the expense of mass unemployment for others and people love or loathe her dependent on their place in this picture. A friend complained that she could not get a job after Thatcher came to power in 1979 and I countered that during the 1979 election campaign the Tories ran a poster showing a long queue of people at an unemployment office with a strap line reading “Labour Isn’t Working“. This implied that unemployment was a problem prior to the Thatcher government. Both my friend and I had recounted our memories but anecdotal evidence is always biased. We need dispassionate analysis. We need statistics. Luckily vast quantities of data are now available via The Internet.

So I set about finding a graph showing unemployment from the 1970s onward and it seems to be true that unemployment increased dramatically under the Thatcher government. The graph is shown at the end of this article along with several others. So what else can statistical graphs sourced from The Internet tell us?

Well, the price of crude oil took off in the 70s and this had a negative impact on the British economy but it’s interesting to note that UK North Sea oil production also took off in the late 70s and overtook consumption around 1979. House prices rose substantially after 1979 though we should remember that they rose absurdly fast under Tony Blair’s government too. UK debt dropped substantially under Thatcher but later climbed back again and base rates rose substantially. The one achievement that can be attributed to the Thatcher government seems to be conquering inflation.

It’s also interesting to see that real disposable income rose steadily after WW2 dipping just before Mrs. T was elected, then rising more quickly, flattening off in 2006 and then declining after 2009.

Sold out to commercialism?

There was controversy when the Labour Isn’t Working poster appeared because it used actors. These days we accept that images used in advertising are not real. Musicians and film stars who were our heroes used to disdain advertising but Brian Ferry worked for Marks and Spencer, John Lydon sold butter and Christmas saw Scarlet Hohanson on our TV flogging perfume. Our heroes have sold out.

Sometime in the 1980s I recall an American friend telling me that England was “so inconvenient” as she desperately pushed coins into one of those idiot public telephones before the pips cut her off. It’s true, it was inconvenient, and inefficient and we were materially poorer. But I preferred the old slam door trains and the open backed buses. You could open doors and windows yourself rather than waiting for some bloody system to do it for you. We seem to have become richer in private material goods but more restricted and poorer in communal resources. Also poorer in space, time and trust. We live in a less gentle time.

This may be mere nostalgia and I expect that were I transported back to 1979 I would rail against the paucity of TV stations, the slowness of road transport, the limitations on pub opening times and the dreadful food.

All this crystallised in my mind the idea that the death of Margaret Thatcher is a perfect opportunity to review post war political, economic and social policy. A chance to cut through the political spin and partisan prejudice and get a long view of the period when Britain morphed from the land of respect for nobility and knowing your place to a dog eat dog free for all.

The BBC should commission a documentary or even a series. Some questions that might be asked:

A selection of graphs are listed below. While reviewing these stats it became apparent that the more one learns the more questions arise. For example are we talking about long term or short term unemployment? Each may have different causes and effects. Fortunately numerous excellent resources are available on the web where one can access such data. e.g. Google Public Data, Public Spending, Office for National Statistics, NationMaster. 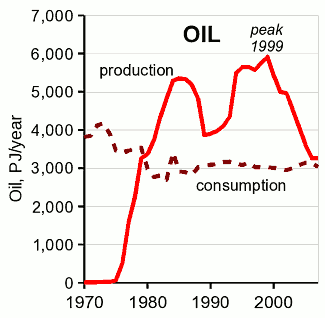 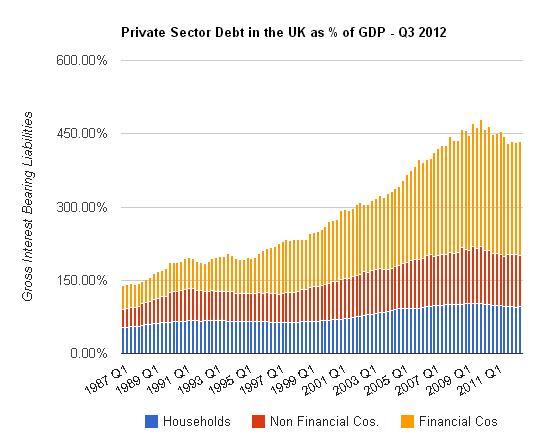 Saturday afternoon the rain came in and visibility was down to yards up at Devils Dyke but FINALLY, today, we had clear skies and sunshine just in time for the Brighton Marathon. Pre festival spirit seems to be kicking in and last weekend Brighton Unitarian Church held a Makers Boutique (a craft fair to you and me) selling handmade contemporary arts & crafts with some good work by Nick Orsbournbe. They plan to repeat this throughout the year, check their site for details.

Classical Lighting on Western Road has closed down – FINALLY! I bought some lights in this shop 14 years ago when I first moved to town and they had a closing down sale then. As far as I know they’ve had a closing down sale every day since. I imagined that they got away with it because of the high turnover of people moving to Brighton and then moving out again. I had thought that this was just some sales gimmick but it seems they really were closing down, only very, very, very slowly.

Ah takes me back to 1995 in California. Life goes on I guess but, sadly, for Mr. D alias Dwight Arrington Myers, life no longer goes on. He breathed his last in November 2011. 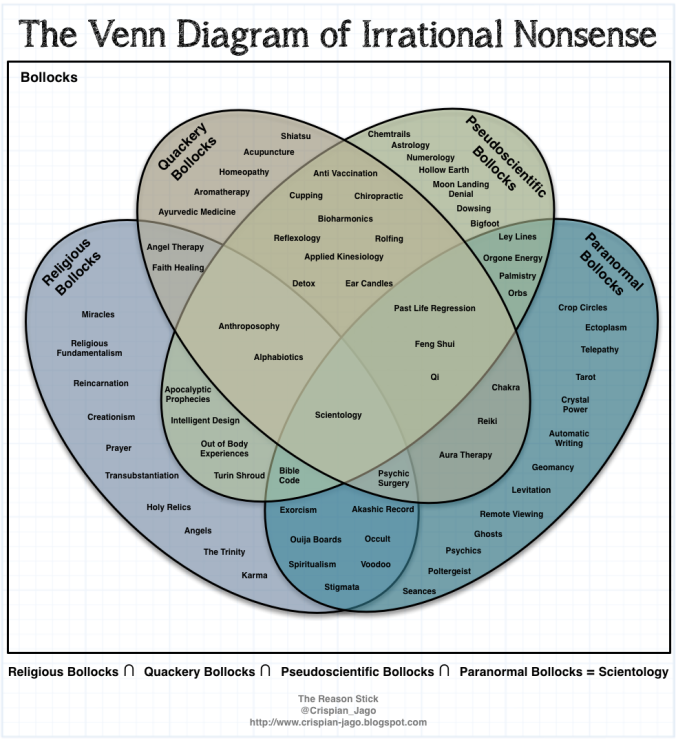