Mr Regev in front of one of “his” cities

Today BBC TV news had an interview with Israeli government spokesman Mark Regev who complained, in his Australian accent, that Palestinians were shooting missiles into “our cities”. A quick reference to Wikipedia reveals that he was born Mark Freiberg in Australia and emigrated to Israel at the age of 22. This seems not to be atypical. Recently I heard another Israeli official with a British accent and most of the Israeli settlers I’ve heard interviewed have come from the United States.

Nice. Very nice. It must be great to be born in a liberal Western democracy where religious and political freedom are guaranteed and diversity promoted; to then find your “spiritual self” and fuck off to Israel to go on International TV and start spouting off about how the local people are firing missiles into “our cities”.

Wikipedia states that Mr. Regev was a prominent member of the Socialist-Zionist youth movement, Ichud Habonim, and was active in the Melbourne University Jewish Students Society and this is the trouble with people whose recent ancestors come from other countries: They tend to be wankers. They idolise a nation that never really existed. The second generation Irish of Boston drink green Guinness, bang on about “the craic” and (in the past) threw money into buckets in pubs to fund the IRA’s bombing campaign. The second generation Scots walk around Heathrow airport draped in bloody Tartan and stinking of Whisky. The second generation British brag about the SAS and the second generation Pakistanis in Britain follow an idiotic fundamentalist version of their religion which is at odds with the freedom they enjoy in the UK.

The descendent of emigrants can develop stupid romanticised ideas of how their supposed home country should be. When all they do is go on holiday and make a nuisance of themselves this is tolerable. When they “return” to Palestine/Israel and start taking yet more Palestinian territory for their “settlements” and aiding the attacks on a people who have been under occupation for over fifty years then they become a problem for everyone.

Mr. Regev is a idealogical fanatic. Here he is quibbling about who is a journalists to try to legitimise air strikes on buildings occupied by journalists and here he is trying to evade allegations that Israel used white phosphorous against civilians.

A previous Talking Bollocks article documented him talking bollocks while attempting to justify continued settlement activity. His mechanical, preprogrammed and self supporting rhetoric is reminiscent of any fundamentalists Islamist. That Israel appoints such a person to be an official spokesman is indicative of the lunacy which allows Israel to claim to be a liberal democracy while simultaneously settling foreign land with religious fundamentalists.

We now have another ceasefire and that can only be good news. However it is not enough to call for the Israelis to stop attacking Gaza or for Hamas to stop firing missiles into Israel. These are merely the overt and violent forms of aggression prevalent in Palestine/Israel.

While the ceasefire holds the Palestinians will be forced to continue to live under occupation in the West bank or under siege in Gaza while yet more starry eyed religious tossers arrive from abroad to take yet more of their land. The BBC World Service reported that between the start of the Oslo peace process and the date that it collapsed Israel doubled the number of Jewish settlers on Palestinian land – What incentive have the Palestinians to negotiate under those conditions?

The settlements activity is provocation for future conflict and while it continues Israel remains the aggressor and the Palestinians the victims. If there is to be peace in the area it will not be hammered out by  ideologues but by pragmatists. Israel would do better to appoint ordinary Israelis to positions of power rather than wankers like Mr. Regev.

From The Sea To The Land Beyond

I was texted Friday evening saying come and see a gig at the Duke Of York. A film about the sea with live music. Arrived just before midnight to find a lot of people waiting to see the Brighton based indie rock band British Sea Power perform a live accompaniment to the film From The Sea To The Land Beyond.

From The Sea To The Land Beyond is a film by Penny Woolcock using archive footage from films made over the past 100 years from the the British Film Institute. It is a montage and traces very loosely the history of the British relationship with the sea.

I bought a large glass of Rioja and took a seat. As the film started and the band began to play the connection between the two was not obvious. Much of the footage is fairly stark black and white and the music is modern indy rock. However, very quickly I relaxed into the film and found it captivating, the music providing a splendid backdrop to some fascinating images. British Sea Power are a basic guitar band supplemented by a viola and a cornet and I loved the way the cornet swept one along in what was at times quite an emotional experience.

Terrific stuff, reminiscent of Koyaanisqatsi in places and which could stand another viewing.

P.S. – Just discovered this is to be shown at 9pm on BBC 4 this evening. 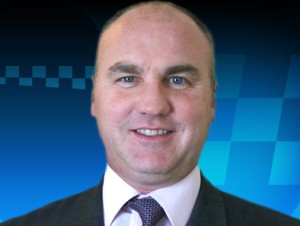 Simon Reed – Hypocrite of the Week

This week’s Hypocrite of the Week is Vice Chair of the Police Federation, Simon Reed.

A few weeks ago the former Conservative Chief Whip, Andrew Mitchell and a policeman on duty at Downing Street got into an argument and Mr. Mitchell is accused of calling the bobby a “pleb”. Immediately after, Mitchell apologised, the bobby accepted the apology and the Conservatives leadership called for everyone to draw a line under the incident and move on.

The Police Federation didn’t agree and made sure the subject stayed in the news until, after the leaking of the official police transcript of the conversation, Mr. Mitchel was forced to resign.

Speaking on BBC Radio 4’s Today program on Friday morning Simon Reed was asked about the leaking of the transcript and claimed that we didn’t know if the leak had come from the police. The presenter, Sarah Montague, pointed out that it was an official police transcript and so must have come from the police. She asked whether this sort of thing had to end. Mr. Reed ducked and weaved and moaned that everyone is doing it and it’s unfair to pick on the police and then uttered the words which won his award. He claimed that “Now we need to draw a line, we’ve moved on”.

When Mr. Mitchell called the policeman the pleb two woman police officers had just been shot dead and the role of the police as brave defenders of society was upper most in the public consciousness. In this context a toff calling a brave bobby a pleb seemed grotesque. However, just a little earlier, the Hillsborough Independent Panel had released it’s finding into the Hillsborough Disaster and found that 164 witness statements had been altered by the police and 116 statements unfavourable to the Police had been removed. Put in this light the pleb comment seems like just one part of the discredited British establishment fighting with another.

If we couldn’t draw after Mitchell’s apology then why should we draw a line when we discover yet more illegal activity by the police?

Simon Reed is a hypocrite and should resign. 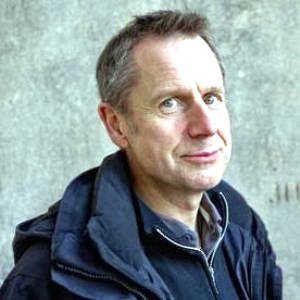 Look suspicious to you?

A good week for the Talking of Bollocks with the detritus of Britain’s discredited elite desperate for our attention. Convicted felon and newspaper magnate Conrad Black, freshly released from an American prison, somehow weaseled his way onto every news and chat program in the UK using the opportunity to bang on about his supposed innocence. One wonders if all ex-cons will be allowed such media access or whether this will be reserved for those with royal connections and pots of money.

On Saturday Jeremy Hardy, who makes a living alleging prejudice in others, thought he’d engage in a little of his own during BBC Radio 4’s News Quiz when he suggested that Jimmy Saville should have been suspected of being a paedophile because of the way he looked. “How much more of a child abuser could you look like than Jimmy Saville for God’s sake!” hollered Mr. Hardy to uproarious laughter. But should people in glass houses really throw stones?

Ed Milliband made a speech attacking Jeremy Clarkson for making jokes about depressed people attempting suicide. Why do politicians think that their role is to comment on TV presenters? That’s my job. Attacking accepted hate figures is mere rabble rousing and Mr. Milliband’s patronising assumption that the depressed have no sense of humour is wide of the mark and not borne out by the number of comedians who suffer from this disorder. If politicians are really interested in helping the depressed they might consider replacing themselves with competent leaders with vision and integrity.

On Monday BBC Radio 4’s Food Program discussed food in football and documented how the “pie and pint” mentality had been displaced amongst professional footballers by attention to the nutritional effects of food. However, the supporters still want burger and chips so Islington council’s environmental health team worked with chip vans to reduce portion size and provide salt shakers with fewer holes.

The reporter stated that “Good food is now part of the Manchester City brand” and Head of Sales at Manchester City, Danny Wilson, claimed “ultimately it’s about adding value to a supporters experience on a match day”.

There’s a new mobile phone company named Everything Everywhere. It’s a good name and it symbolises what is happening to our society.

Everything is becoming everything else.

In a society geared totally around capitalism there is no room for anything which does not drive profit. We want everything to be about nothing more than efficiency and added value. In my lifetime super markets have gone from selling just groceries to supplying clothes, electrical goods, alcohol, drugs and banking services. Now we are to have a bobby behind the checkout counter and since politicians consider that their role is to “communicate a message” then why not move their “services” to the supermarket too? A Politicians isle? Down the right, the more economic Tory brands and down the left, pay a little bit extra for universal health care from Labour. Stacked at the end are the odds and sods bin for the Liberal Democrats, Greens and Ulster Unionists. Efficiency and technology mean we can vote out the government and report crimes while we scan our meat pies!

Rape madame? Certainly, that’s Isle 5 and we’re doing a two for one offer on Vitullo kits. 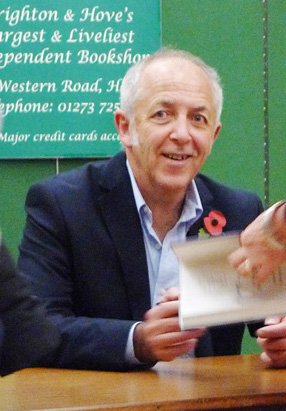 Jeremy Bowen speaking at Brighton, Hove and Sussex Sixth Form College (BHASVIC) this evening. Sponsored by City Books of course. He spoke for around half an hour on the middle east to promote his new book The Arab Uprisings and then took questions. No great surprises but a listenable speaker with a good mix of political opinion and light hearted observation. Political power in the Middle East is now The Muslim Brotherhood’s to lose, lose they could if they don’t provide jobs, education and healthcare and Gaddafi‘s inner circle were connoisseurs of sophisticated fashion and design. Also he told a nice little anecdote that gave a glimpse into the oh so enviable life of a foreign correspondent. Woken by a phone call he was told to get going: “First Honkers, then Pekers” and the caller hung up. Mr. Bowen had to ring a BBC official for clarification, “First Hong Kong, then Peking”. Now why don’t I get calls like that?
.
.
.
.
.
.
.
.
.
.
.
.