I’ve had trouble with an overheating processor. Every time I used any software which worked with video the system would crash. There seemed to be no agreed upon fix amongst the blogerarte but overheating was suggested. I set the BIOS to alarm when the processor temperature exceeded a set level and then restarted a video render. Sure enough, the alarm went off before it crashed. This video shows my solution.

An excellent new cheese shop has opened up in Western Road in Hove. I should say what it’s called but I can’t remember. It has the most ludicrously pungent French cheese I have ever tasted (and I have persevered) as well as some great sandwiches.

It seems that the shop is named La Cave à Fromage

Who would you send down the mine?

It’s excellent news that the trapped Chilean miners are now being brought to the surface. Welcome good news showing ordinary people pulling working together to face a crisis. Marked contrast to the ghastly news we hear from other parts of the world.

It does, however, highlight the contradictory nature of humanity. We will work unceasingly to rescue trapped miners but if the issue is a little more prosaic, like for example the mentally ill then we drop some money in a collection box and move on.

When the last miners out that mine and that little capsule will still be there crying out for inhabitants. Personally I think it would be a very good thing if george Bush and Tony Blair were pushed down there. We could keep a TV link of course to watch them as these ghastly smirking grins gradually faded from their faces. It would be like Big Brother, only better. They would get on each others nerves after a while. Bush would keep saying “Yo Blair” and Blair would keep saying “Yunno” and telling the TV audience that he was “passionate” about miners.

Who would you stick in that little coffin and push back into the ground? 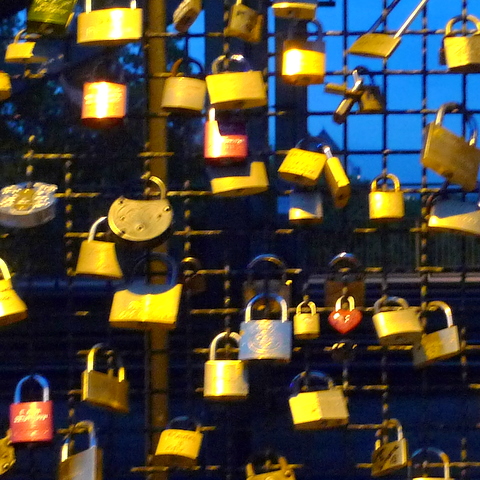 Earlier this week on BBC Radio 4 Evan Davies interviewed “a woman” who had ten children. Her and her husband were unemployed and “on benefits”. The context, of course, was the government’s intention to restrict benefits for people who it considers “do not want to work”.

We’ve had this debate before and it seems to me that there is a clear divide in political opinion.
Labour supporters usually argue that it is offensive to suggest that anyone is on benefits through choice and that any attempt to restrict benefits is a dastardly Tory attack on the poor. The Tories, on the other hand believe that there are people who abuse the system (such as women who have children in order to get council housing) but they skate over the problem of how to restrict benefits to irresponsible parents without adversely affecting the children.

As Lord Steel put it, this is a “fiendish problem”.

It is often said that the UK cannot make up it’s mind whether it wants to be European or American. We seem to have traits from both. There are many who would like to see a more left wing, statist society with higher taxes and greater state involvement in the lives of citizens. However, the British also seem to have a contrarian, individualistic streak which is at odds with countries which lean more toward socialism.

I, myself, have contradictory feelings. Having just returned from Cologne I admire the more harmonious and orderly nature of society there. Discussing schools with a colleague I was told that children starting secondary school attend a three day group event. A sort of team building exercise to allow the children to get to know each other. This sounded to me like an excellent idea. On the other hand, I’d be lieing if I didn’t admit to thinking: Bloody kids, just go to school and shut up.

I find myself reacting against the unthinking observance of rules and regulations. At the airport when hunting for the airline check in I had a brief fleeting idea that if I’d got in the wrong queue I would have been arrested.

I wonder if Britain’s problem is that it has never really committed to either the American or European models. In the past we have provided benefits for the unemployed but only enough to keep them ticking over. We have not taken the Scandinavian and we make it relatively easy for people to lose their jobs argument that this “flexibility” is good for the economy.

At the same time we have not committed to the all out capitalism of the Americans where bankruptcy is seen as a wound acquired along the way to success and where citizens actively engage in their society through voluntary action and political activism. We have allowed free markets but always with a safety net.

In Cologne I had discussed ownership of Internet domain names. The fact that they could be bought up by individuals and big companies could be forced to pay a premium for a domain associated with their name. Mercedes wanting Mercedes.com for example. The German opinion was that people should not be allowed to withhold this domain names from a company like Mercedes.

Intuitively I was against this restriction but I gave it some thought. On the face of it restricting the Mercedes domain name to the Mercedes car maker sounds fair. However, why should the car maker get it in instead of the small shop keeper, Fritz Mercedes of Frankfurt? Why should Fritz not be allowed to own mercedes.com? It could be argued that the car maker are bigger and more widely associated with the name but this is merely rewarding power.

The German reaction would be to have a government department creating policy and arbitrating disputes. Paid for by the tax payer of courser.

I decided that my opinion is bugger it, let the free market decide. Nobody has a right to a domain name. You, want it, you buy it.

I recall an earlier trip to Cologne where I inadvertently neglected to place my shampoo and toothpaste in “transparent plastic bags” as is required when taking hand luggage through security. On the way out the British security staff confiscated the offending items. In Cologne, of course, I acquired new liquids, and on returning the German security personnel forced me to go back to the shop, purchase a transparent plastic bag, queue up and DO IT AS INSTRUCTED.

I guess that the real difference between the British and everyone else is that we’re not so interested in ideology. We muddle through. We take what works from anywhere. Some call it pragmatism. To put it another way: We’re a bunch of tarts!

URGENT ACTION: Sakineh Mohammadi Ashtiani’s son and lawyer have been arrested along with two journalists

Sakineh Mohammadi Ashtiani’s son, Sajjad Ghaderzadeh, and lawyer, Houtan Kian, were arrested along with a German journalist and photographer in Tabriz on 10 October 2010 at 1900 hours local time. The security forces raided the lawyer’s office where an interview was taking place and arrested all four.

Their whereabouts are currently unknown and no news has been received of their situation since the arrests. It is known they were arrested given that at the time of the raid, one of the journalists was on the phone speaking with Mina Ahadi, Spokesperson of the International Committee against Stoning and International Committee against Execution. The four have not returned home or to their hotels since; the Islamic regime has confirmed the arrest of the two journalists.

We, the undersigned, unequivocally condemn the Islamic Republic of Iran for the arrests and call for the immediate release of the four. We also demand the release of Sakineh Mohammadi Ashtiani and an end to stoning and execution.

1. Sign on to the above letter by adding your name, profession, organisation if any and country to the comments section here: http://stopstonningnow.com/wpress/4155.

2. Organise rallies or actions preferably on Saturday 16 October 2010. Demand the release of all four as well as Sakineh Mohammadi Ashtiani and call for an end to execution and stoning. Send your events to actionforsakineh@gmail.com to be listed here: http://stopstonningnow.com/wpress/4158. You can also do an act of solidarity wherever you are – organise a flash mob with your friends, hold a placard in your neighbourhood, sing a song, or stand in silence next to a pile of stones on the day. Send in written or video messages for our site as well as videos and photos of your acts or events to actionforsakineh@gmail.com.

3. Send letters of protest to the Islamic regime of Iran using the above open letter as a sample. Protest letters can be addressed to the below:

Head of the Judiciary

Head of the Judiciary in East Azerbaijan Province

Office of the Head of the Judiciary in Tabriz

The Office of the Supreme Leader

4- Write to government officials, heads of state, MEPs and MPs in your country of residence and the UN calling on them to intervene to demand their release and to cease recognition of a regime that stones people to death in the 21st century.

5- Donate to the Save Sakineh Mohammadi Ashtiani campaign by making your cheque payable to ‘Count Me In – Iran’ and sending it to BM Box 6754, London WC1N 3XX, UK. You can also pay via Paypal (http://countmein-iran.com/donate.html). We also are looking for volunteers to help with design, graphics, fundraising, and outreach so please contact us if you can help at actionforsakineh@gmail.com.

Ever since I got my macbook I have been agrevated by the behaviour of the green button on the top of mac windows. It’s touted as a “maximize” button but it does not maximise. It just resizes. A maximize button is normal in Microsoft Windows – I know, wash my mouth out with soap. Having now used mac OS and Windows 7 I have to say that WIndows 7 windows behaviour is superior. Tell a mac user that and they will not understand. Perhas they enjoyr wasting time dragging window size about.

However, here is a neat little free tool that makes the green button do what it’s suposed to do. Something Apple should have sorted out by now.

Today’s news is that the taliban have killed a British aid worker during a rescue attempt by American special forces which involved the death of 8 taliban. Also Chilean and American rescue workers have broken through to the 33 miners trapped underground and are now optimistic that the miners can be rescued very soon.

So who are our heroes? Who inspires us? Who will we follow?

I came across this excellent origami art on Flickr by a Vietnamese guy named Hoàng Tiến Quyết. Bloody excellent!

On Friday night I returned from the pub to discover Jeremy Paxman interviewing Russel Brand on Newsnight. One of the best interviews he’s done. Though some may find his words self serving I found Brand’s comments intelligent and honest. Check it out.

Though Brand appears slightly gob smacked to find himself before the legendary Paxo and ernest to answer questions to the best of his ability yet Brand’s flamboyant public persona seemed to allow him to speak frankly and personally about concepts that many dismiss as trivial but which go to the heart of  21st century Western culture. His vocabulary is wider than most politicians an he covers celebrity, religion, aftershave, narrative and politics. All this without losing his waggishness yet causing Paxo to comment “Blimey!” – Blimey indeed! 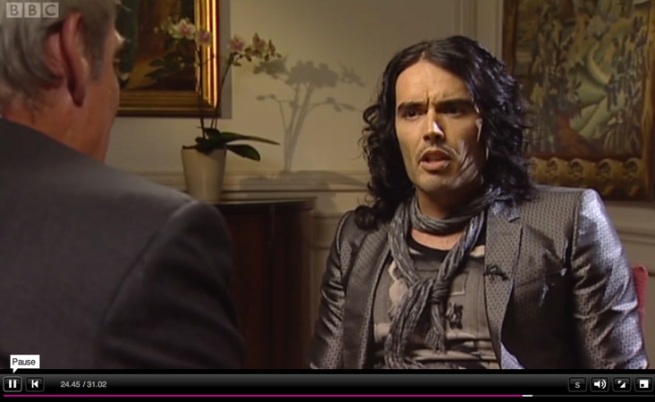