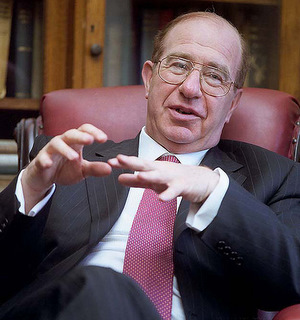 Levene - Can't wait to get his hands on the branches

It seems that the Bankers are still lining their pockets and this time they have rowed in regulators and law makers from the House of Lords.

Lord Levene, the chairman of the Lloyds insurance market, is to create a new high street bank to be floated on AIM and initially funded by £50m from City institutions including Invesco and F&C. The bank will then issue shares to gain more funds and expand rapidly to acquire other businesses including Northern Rock’s state-owned “good bank”. Not the bad one, mind you, that is to be left for the tax payer.

I heard Lord Levene on the radio a week or so ago  who said that he considered that the High Street banking business could do very well but an article in The Independent newspaper quotes Neil Saunders, of the DataMonitor consultancy, as saying “All banks face apathy in terms of switching behaviour….It takes an awful lot to get people to change bank.”

No problem, Lord Levene has thought of that and plans to simply buy up the 600 branches that Lloyds Banking Group had been ordered to sell following its state rescue.

Lord Levin obviously spotted the chance to make some money as did half the regulators and House of Lords.

One has to wonder who it was who decided that Lloyds should be ordered to sell the 600 branches and whether any of those involved in Lord Levine’s new bank had any involvement such as the “non-executive directors” of the new bank Sir David Walker (former official of the Treasury and Bank of England and deputy chairman of Lloyds bank), Lord McFall (chaired the House of Commons’ inquiry into the banking crisis) or Charlie McCreevy (former EU commissioner). Presumably these honourable men merely spotted a chance which came about coincientally following thier decision to force Lloyds to sell its branches. One can imagine them around the board room able: “Buy up the 600 branches? By Jove, never thought of that!”

The article in The Independent says that “executives will be appointed after the flotation”. It seems odd to wait until after the flotation to appoint executives but perhaps the new bank will be such a money spinner that they could employ any old fool to run it. If past performance is any indicator of future results then they probably will though it is not known if Sir Fred is still available.