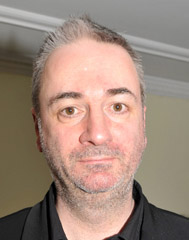 I arrived home this evening and switched on the box to see the Newsnight cultural team twittering on about something or other. Some Germans in attendance plus Paul Morley in his usual unshaven state.

The trouble with Paul Morley and his unshaven face is that it is necessarily contrived. I have no objection to people appearing in any state of dishevelment, least of all unshaven but Mr. Morley connives to always appear with precisely the same state of beard growth. One has to conclude that, knowing that he will appear on television in a few days time, he shaves at precisely the right time to ensure the unshaven appearance on the night. One can only imagine that he thinks the public will consider him to be hip and cool. Were he a slim and young George Michael, one might even forgive him for his conceit, but the unshaven look does nothing for the ageing and portly Mr. Morley.

Suggestion: Grow a beard, don’t or stop worrying about it.