NASA are obtaining incredible images of the area of space between The Earth and The Sun using two solar orbiting satelites named STEREO. One satellite orbits the sun behind Earth’s orbit and one in front. As with the eyes of an animal two views gives stereo, 3 dimensional information. STEREO is therefore able to get amazing images of solar flares erupting.

As well as observing the sun the satellites are able to observe the space nearer the sun and one particularly impressive sequence shows when a comet enters the field of view and has it’s tail ripped off by a solar flare.

Check out the movie at: 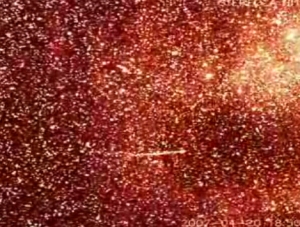 If you are really into this stuff then you might like to know that STEREO is now receiving images of the space near the sun that have not been possible before. These images may contain near sun objects such as asteroids. Traditionally astronomers were able to spot non-stellar objects by taking two pictures at a given time interval and then looking for differences against the star background.

A web site has been created that allows you to select two images and quickly flick between them and search for objects. I think there is also a competition by the British TV program The Sky at Night to spot something or other.

If you are the first to find a object then maybe they will name it after you as that is the convention.

The Link below is for the tool to allow you to compare two images.